The Authorised History of the Royal Mail

Masters of the Post was published by Penguin Allen Lane in 2011 and won the Wadsworth Prize as the best business history of the year, awarded annually by the British Archives Council. It remains the only comprehensive British postal history published in more than seventy years.

The origins of the Royal Mail go back to the early years of the Tudor monarchy. Gradually opened up to the public under Elizabeth I, it was then reconstituted by Charles I as the General Post Office in 1635. It was given a monopoly over the carriage of all letters in the kingdom and turned an initial four Postal Roads into a network that criss-crossed Britain by Georgian times, with deliveries to most towns and cities in Britain. Its operations were transformed by its famous coaches from the 1780s, by trains and ocean steamships from the 1830s, and by modern aviation in the twentieth century.

The Royal Mail delivered letters and parcels with extraordinary efficiency to the front-line troops in two world wars, seconding 2,500 staff to run a sorting depot in Hyde Park for mails destined for the trenches of the Great War and participating in some of the most secret planning for the invasion of Normandy in June 1944.

From the 1960s onwards, the demands of an increasingly commercial marketplace posed questions over the state’s ownership of the postal service. For more than thirty years after the election of Margaret Thatcher in 1979, the possibility of privatising the Royal Mail prompted fierce debates – and added immeasurably to the difficulties of running it. The official separation of the Post Office Limited from the Royal Mail Group in April 2012 marked the formal end of the unitary postal service inaugurated by Charles I.

The many dominant personalities in Masters of the Post include:

Among many remarkable tales, the book includes fresh accounts of how Stanley Gibbons conquered the world of stamp-collecting, how postal engineers built the first programmable computer for the wartime code-breakers of Bletchley Park and how the Royal Mail failed to avert the Great Train Robbery of 1963. 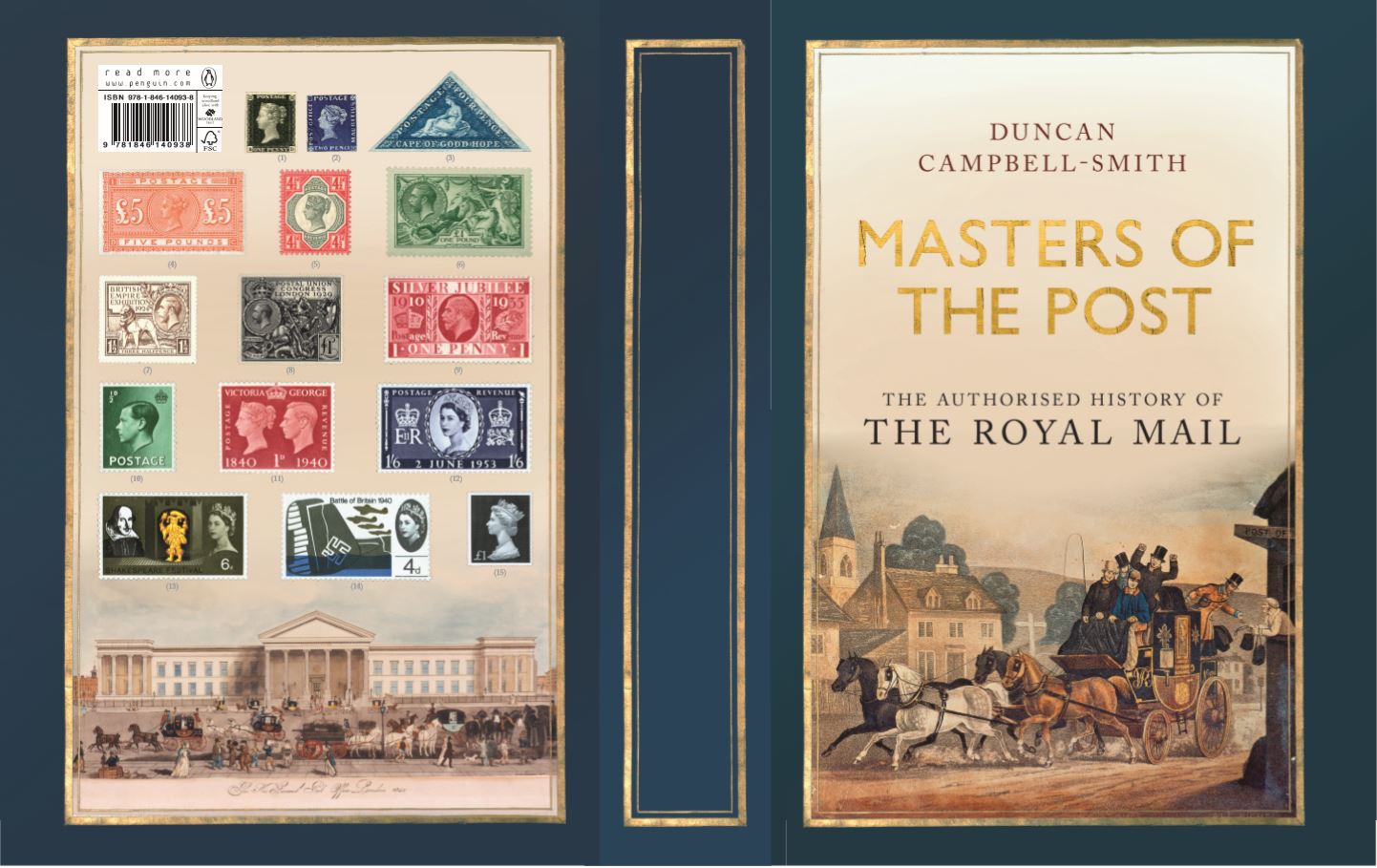 From the press reviews of Masters of the Post:

‘From the coming of the Industrial Revolution … to the Victorian sense that the post was a service that could benefit the poor as well as the rich; from the crucial morale-boosting nature of post during the 20th-century wars to the thorny thickets of Seventies industrial relations – all British social life is here … there are all sorts of eccentric delights that leap out of these pages.’ Sinclair McKay, The Daily Telegraph, 3 December 2011.

‘Rich in anecdote … a brilliantly researched and dryly witty account of an institution once again in the throes of dramatic reinvention.’ Nicholas Rennison, Sunday Times, 13 November 2011.

‘The history is dramatic and Campbell-Smith has an eye for personality and anecdote.’ Brian Groom, Financial Times, 10 December 2011.

‘An impressive history [which] is also a history of Britain … tremendous.’ Jeremy Black, BBC History, January 2012 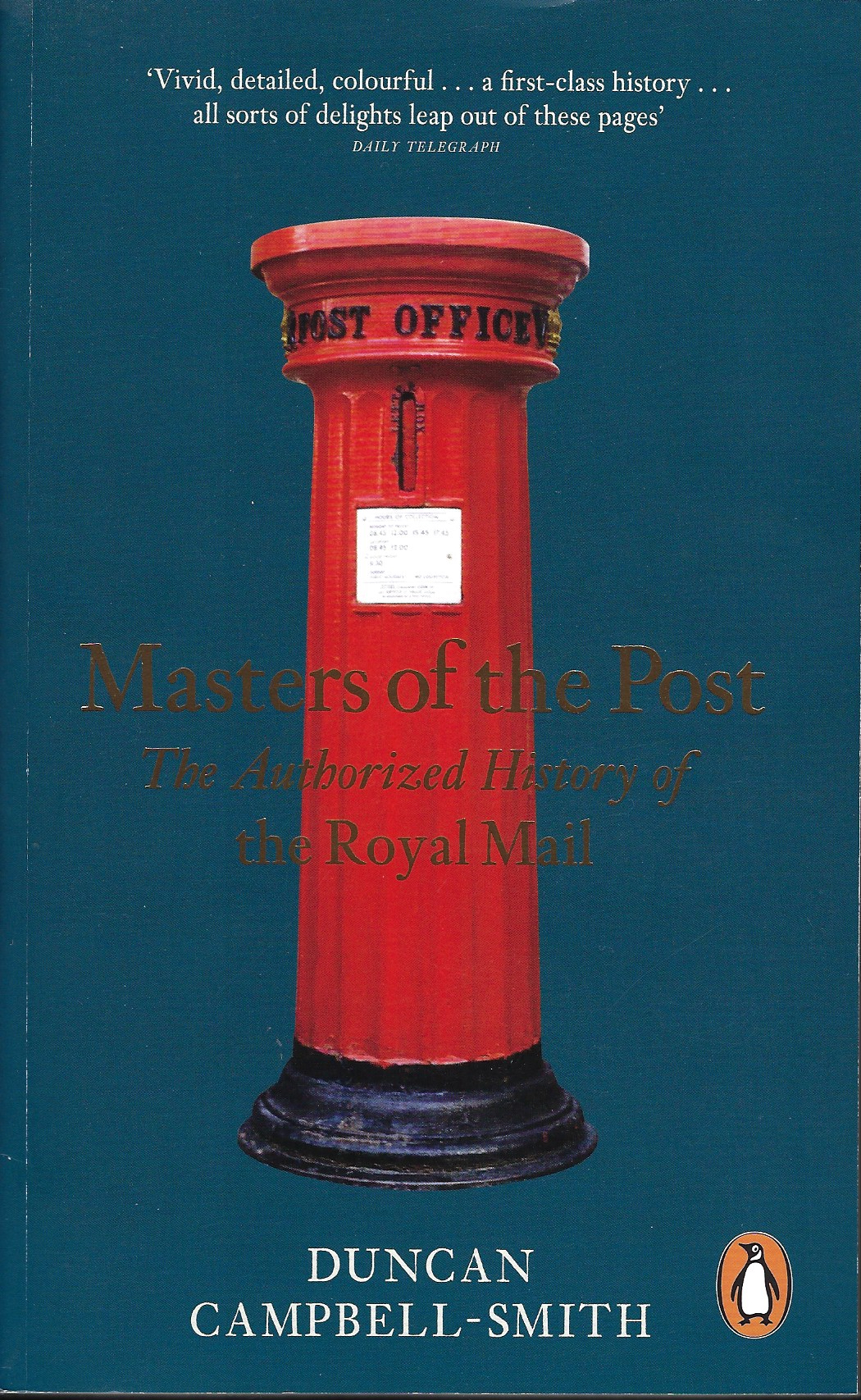 The paperback edition of Masters of the Post appeared in 2012.